Throughout the development of Age of Ascent, we have found that building ships in a modular fashion will make my job easier and also provide players with a higher ship variety. While this makes the design process more difficult in the beginning, in the long run it actually makes my job a lot easier.

Making modular models means breaking up the components of a ship into interchangeable parts. I start with the body of the model, the basic chassis that forms the silhouette of the ship and houses the ship’s vital functions. I then move on to making multiple variants of different components such as wings, cockpit, engines, sensor arrays, and weapons. 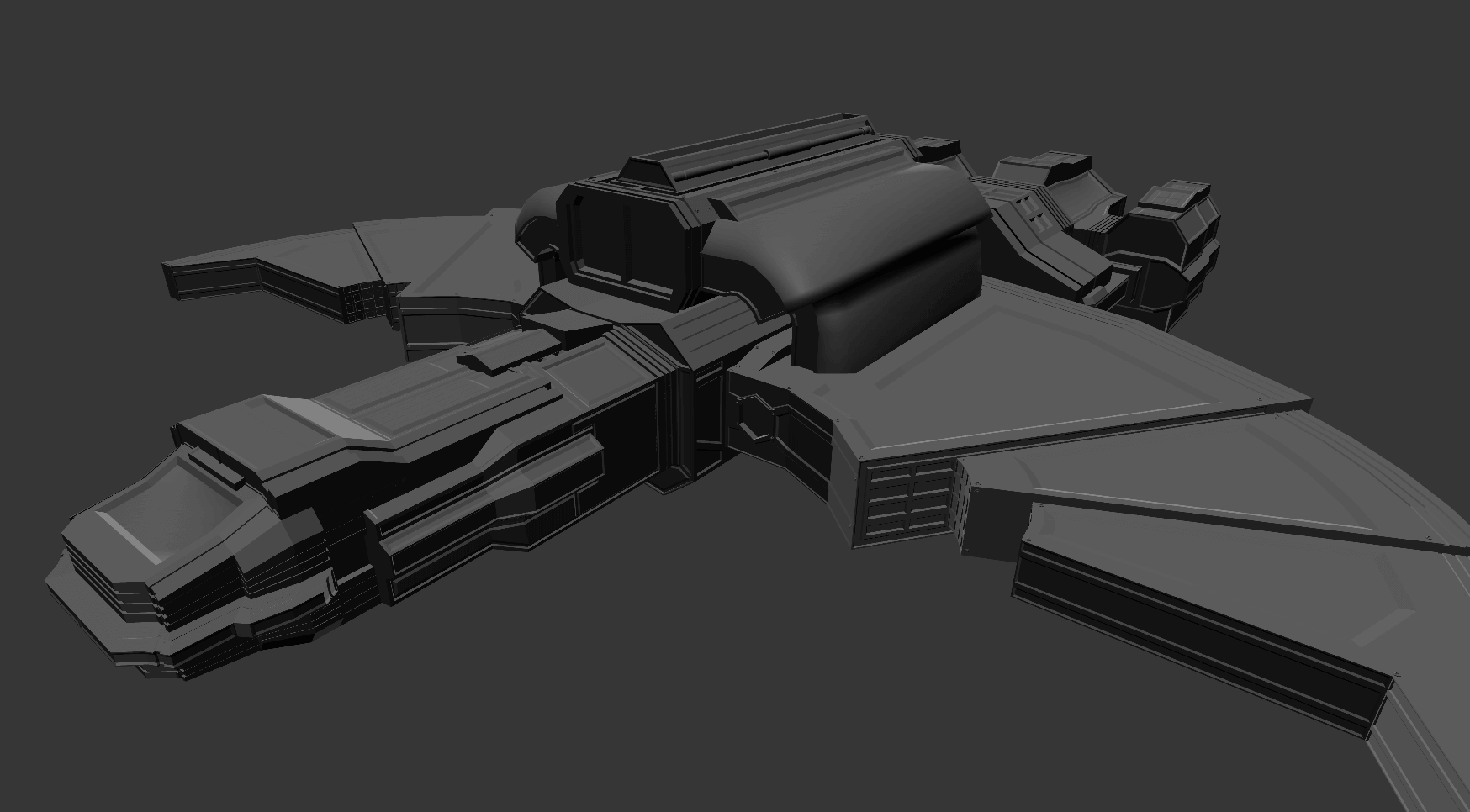 All the components are then assembled together in different combinations to make ship variants of the same chassis. 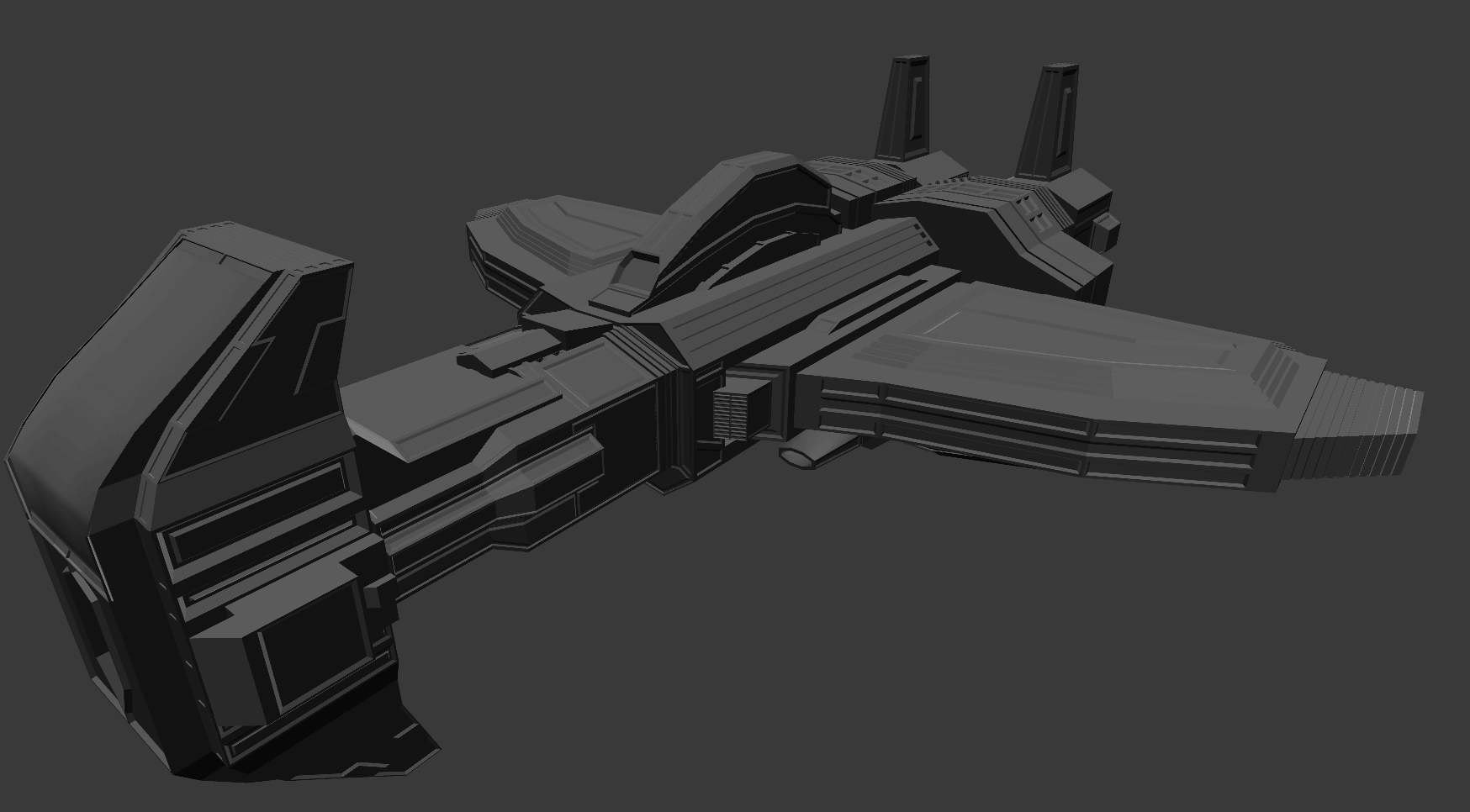 This works on both a game design level as well as holding a parallel to real world manufacturing. Ultimately it’s going to give players greatly increased choices when customizing their ships as each variant will have different strengths and weaknesses.

Having these components already broken up is also great for “kit-bashing” new models: assembling a new model from a variety of other components. 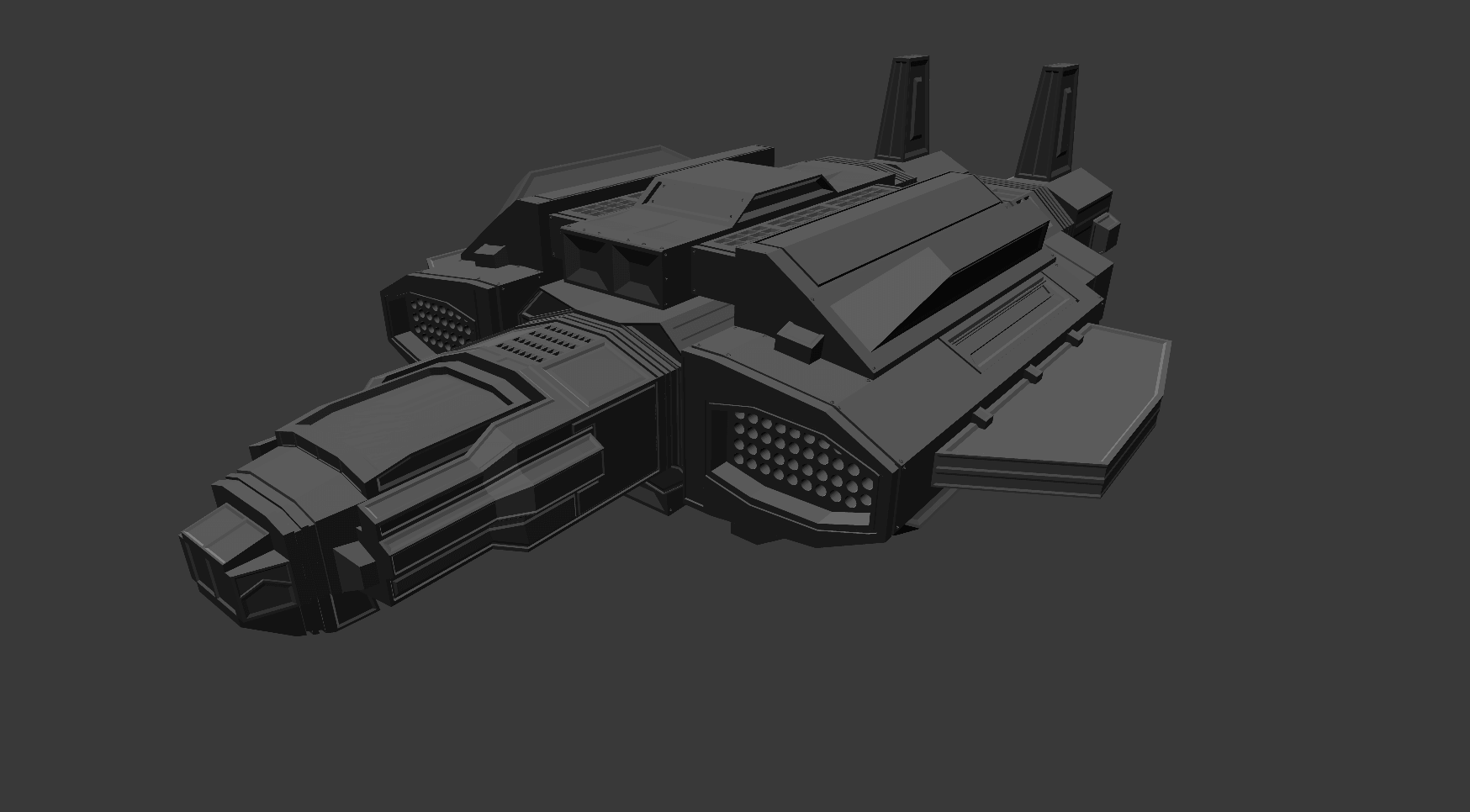 This makes my job easier and embeds a sense of unity within the games’ parts manufacturers.