The Art and Design Philosophy of Age of Ascent

Over the last couple of years, the look and feel of Age of Ascent has undergone a major transformation. When I first began creating assets for the game, I attempted to match reality as much as possible. This posed a few problems for me. While most of these dilemmas were technical limitations due to our old 3D environment (now rebuilt), the biggest issue for me personally is that attempting total realism in a video game is boring! I have always been drawn to playing games that are heavily stylized, especially in a 3D space.

With that in mind, here is my journey through the process of creating 3D assets for Age of Ascent. 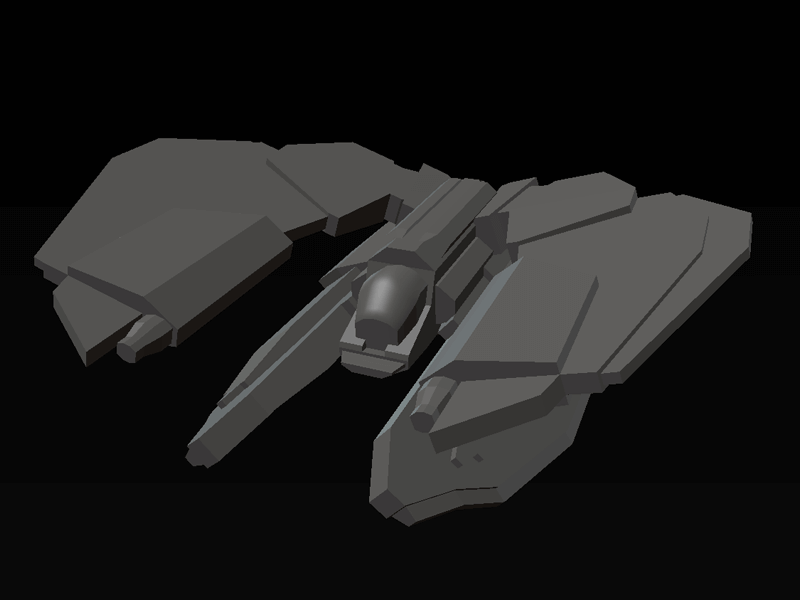 Each asset I create, from spaceships to stations, starts with identifying a necessity. What does it need to do? Where is the object and what is it interacting with? What function does it serve? With these things in mind, I start sketching the rough model out…sometimes on paper, but most of the time I just start sculpting with an idea in my head and adapt as I go along.

Once complete, the initial rough model ends up being the low-detail basis for the rest of the development pipeline. Since Age of Ascent is a browser-based 3D game with no downloads, we need to keep models relatively simple and low-poly, but that doesn’t mean they cannot have lots of detail. 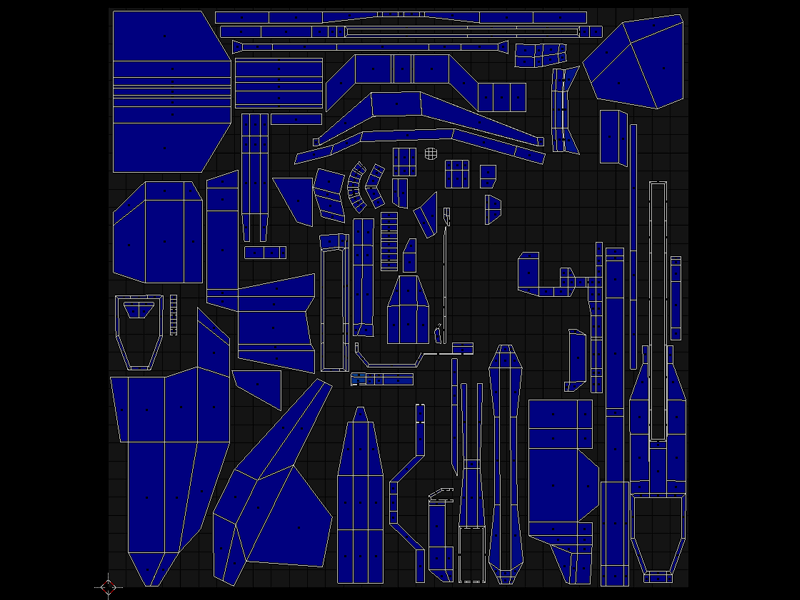 For anyone unfamiliar with how images are rendered on a 3D model, this is the step where a map is created that gives each model directions on how to display the image painted on them. The goal is to “cut up” the model along various seams to create shapes that will wrap around the model without stretching the image or adding distortion, allowing me to maximize the quality of the texture by using more pixels on each UV “Island” (cut-up segments of the model). This step feels more like working with a spatial puzzle than any sort of artistic process, but it is an important part of the success of the model. 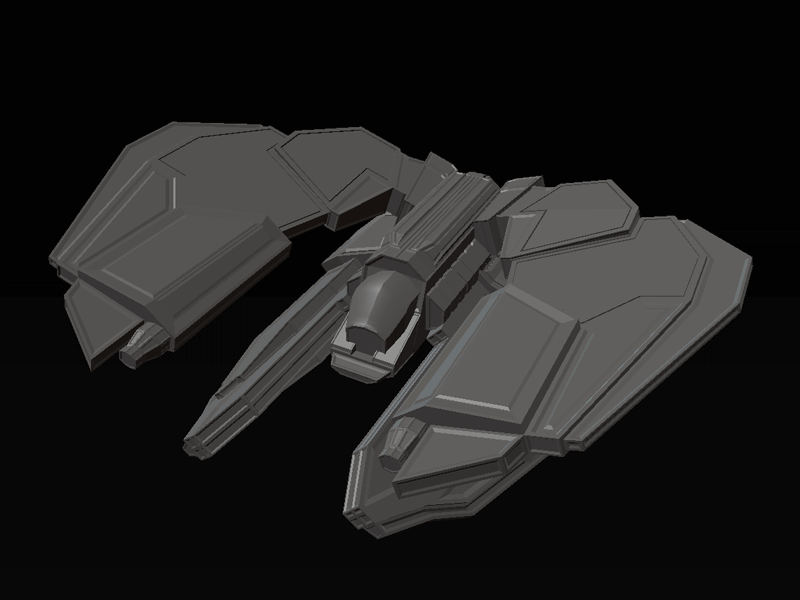 3D detailing is critical for both the general look of the model as well as providing detail and depth on the final product through “normals”. Here I duplicate the original “rough” model and then work on adding fine details and interesting angles across the detailed model. No carving or sculpting tools are used, just pure geometry as I’m creating hard surfaces. Once I’m happy with the finished product in Blender, I export both the low and high detailed version of the model to a different program, Substance Painter, for painting. Here is a quick overview of painting, with more detail to follow in separate posts. 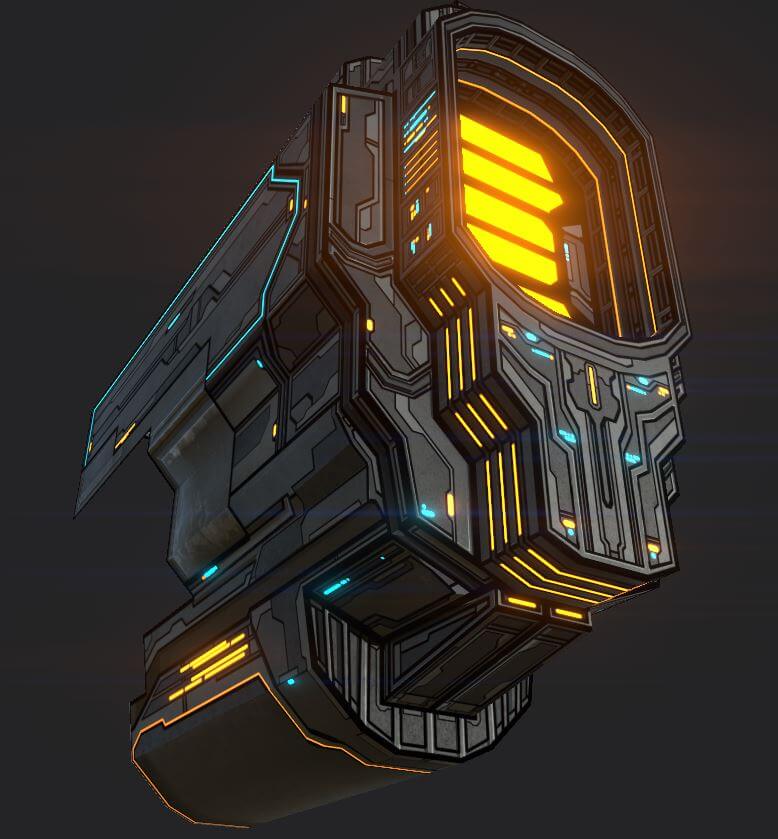 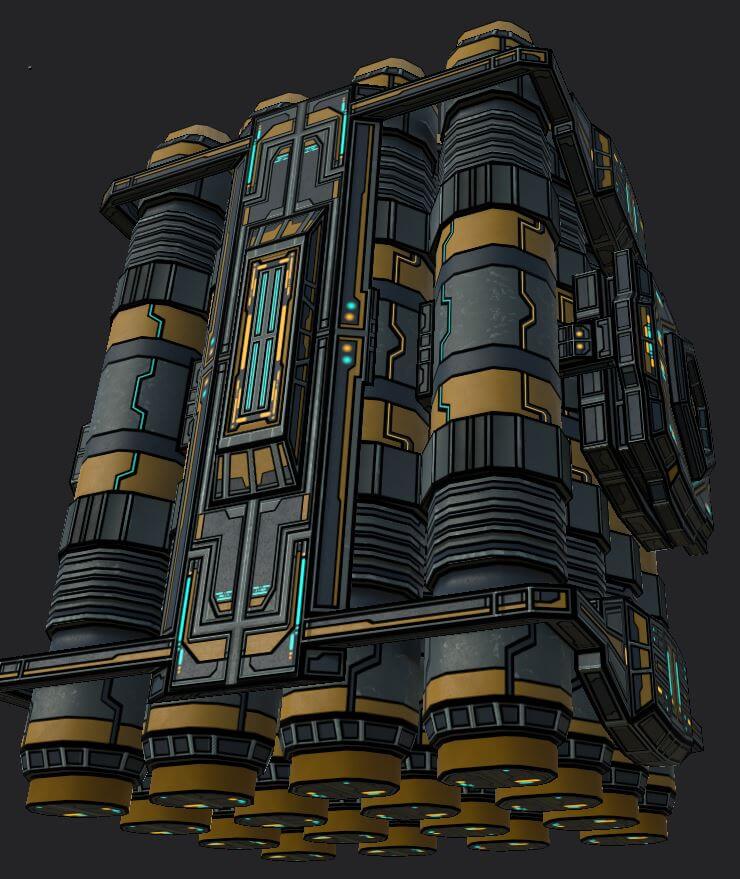 Painting models and creating assets for the new stylized direction of Age of Ascent is done entirely by hand, with each line drawn separately. It is all about variable line weight. When a balance is met of line weights across the whole of the model, that’s when the magic starts to happen and the texture begins to come together. The first step of linework is the “island outline”. Thick, bold lines are drawn on the edges of all UV islands, highlighting its geometry and angles.

Once the island outline is finished, I move on to detailing the model with linework. The 3D Detailing step becomes important here, as it serves as a framework for medium lines and provides shading through the normal map layer. After implementing the medium lines, I fill in all the fine detail with the smallest line width.

Once I’m happy with my linework, I move to applying color values to the model, using five (sometimes more) layers of color. Stacked together, they give the appearance of additional dimensionality.

The real icing on this spaceship cake comes with the emissive (glow) layer. Here I get to paint in the engine glow, weapons glow and running lights. It’s important to get the balance of the emissive layer right, as too much will overpower the model and hide detail.

Once all my layers are set and finalized, I move on to quality checking the model, making sure it has a consistent look. When the model is deemed satisfactory, I export the texture maps. We feel that customization by players is important, so there will be customizable colors through adjustable sliders. After this, the model and its maps are implemented into Age of Ascent!

As I have been a gamer since I could pick up a controller in the 80s, I’ve been exposed to the entire width and breadth of artistic choices in video games. The wonderful part of the early era of games was that nobody was trying to achieve realism, the tech didn’t allow it. It was during this early era that I discovered how incredible 3D could look in games that were stylized.

In our initial build of Age of Ascent, we used outsourced models to fill out the game and test the technology. We then decided we wanted to completely control how the game looks, and I started building a cohesive, unique style that looks great and also works smoothly in a browser. I decided to stylize every aspect of Age of Ascent from the skybox to the UI. 3D models and the skybox both have an illustrative quality to them, creating a unity of style through linework and posterization. The UI is simple and clean, with bold iconography so as to not get lost in the detail of the game’s visuals.

This design philosophy is then brought into our modular approach to building ships. Making modular models means breaking up the components of a ship into interchangeable parts. I start with the body of the model, the basic chassis that forms the silhouette of the ship and houses the ship’s vital functions. I then move on to making multiple variants of different components such as wings, cockpit, engines, sensor arrays, and weapons. All the components are then assembled together in different combinations to make ship variants of the same chassis.

This approach gives us flexibility and also provides players with more choices when customizing their ships, as each variant will have different strengths and weaknesses. Having these components already broken up is also great for assembling a new ship model from a variety of existing components. This makes my job easier and embeds a sense of unity within the game.

And that’s my creative design journey, start to finish! Although I didn’t know it initially, all roads led to the decision to make the Age of Ascent look and feel completely custom and stylized. We are making great strides to make our game a wholly unique experience through both game-play and visuals. 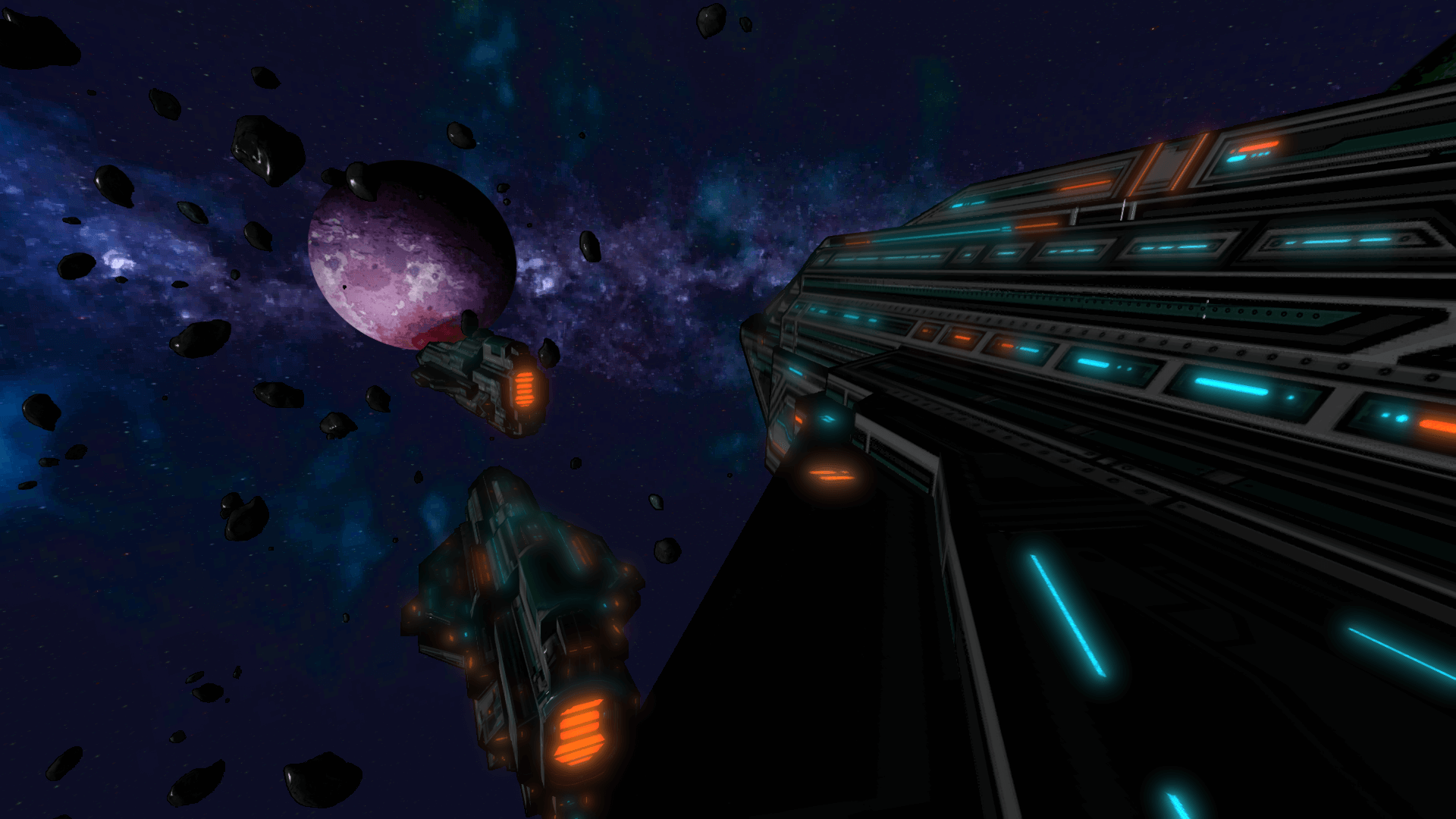 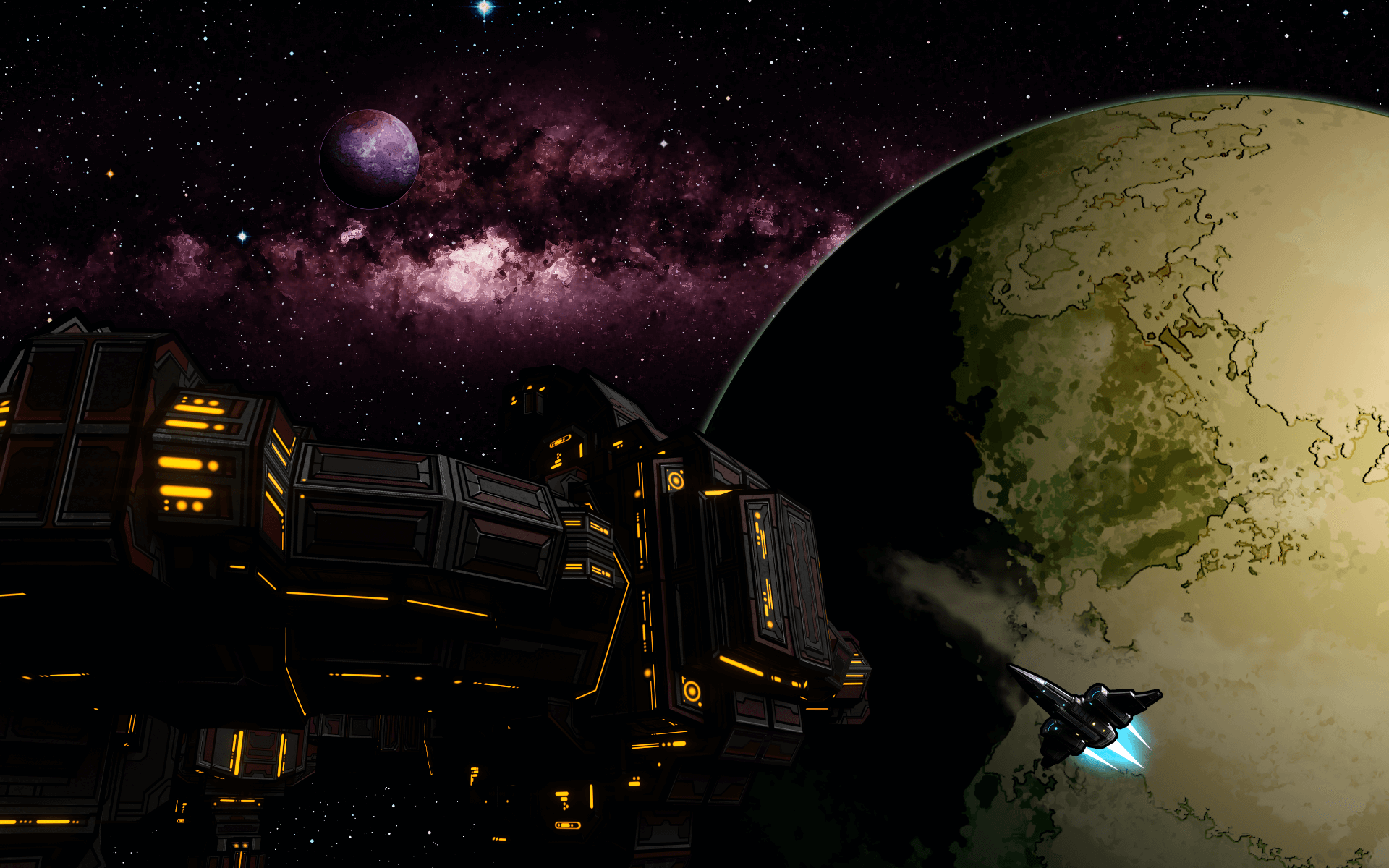